Prime Minister Benjamin Netanyahu thanked security forces in Jerusalem on Wednesday (14 October 2015) at a Border Guard Police base in Jerusalem and told them they are doing “blessed work.”

The prime minister’s remarks came in a brief address to the officers after he was updated on the deployment of forces in the capital, and after a night in which there were two terror attacks within the space of little more than an hour.


Netanyahu met with units from the national Israel Police and Border Guard Police, including some who had foiled attacks in recent days. He thanked and praised the officers and fighters for their composure, fighting spirit and courage, urging them to ‘watch out for themselves’ as he expressed thanks on behalf of the security cabinet.

“I came, first of all, to express my appreciation and that of Public Security Minister Gilad Erdan and Israel Police Acting Commissioner Bentzi Sau for the extraordinary lifesaving work you are doing, bravely, with a lot of ingenuity, professionalism, but mostly courage,” Netanyahu said. “I want to thank each and every one of you, and there are men and women who acted in real time.

“Anyone who was a combat soldier knows what it means and can appreciate it,” he commented in a nod towards his own past as a fighter in the IDF’s elite Sayeret Matkal special forces unit. “And there is a medic here who saved lives with extraordinary resourcefulness,” he noted. “You are doing blessed work.

“There is no substitute for very dense deployments with mobility, with the ability to arrive at the scene of the attack or to be present at the scene to prevent it in real time and to prevent deterioration into even worse situations. I know it demands discretion on your part, but have no doubt: You have full backing, from me, the Government and from the people of Israel in order to act more decisively, firstly to save lives and to protect yourselves. Guidelines have always existed, but I think they have been sharpened, and I see that you are implementing them with common sense and great determination. It matters.

“I cannot tell you how long this will continue,” he said. “There are people here who are willing to die. Every time that there is a new phenomenon, it always shaves off even a tiny population, willing to commit suicide. We do not know how many will commit suicide, but the number is not infinite, far from it. Therefore, in the past, we could also deal with these phenomena, even more difficult ones.

“At the moment, it is not so organized, as you know, so there is no substitute for your presence, essentially as human shields. However, you need to protect the shield, yourselves, as well. We will not forget it.

“I think that we are making progress as we move, organizing, in my opinion, in new ways… It is very important to have mobility, and how we organize communications in such a manner to able to arrive immediately so that we can maximize the capabilities; our defense capabilities.

“We consider that even in national terms, not just urban – how to join our technology, which is much more advanced than what we see on the other side, to your real-time operational capabilities – police, Border Police, IDF soldiers – that are reinforcing you.

“I have no doubt that we can handle this wave. This involves not only action by you, but also your common sense, and the proposals that you bring from below rise up with tremendous speed. Each one of you, for me, is a source of innovation and a big start-up. But it will succeed, like all the things we did.

“We have stood before other waves of terrorism. We will overcome this wave as well. I have no doubt; but I would just like to thank you truly from the heart, from the hearts of the citizens of Israel, for the defense you are giving Israeli citizens.” 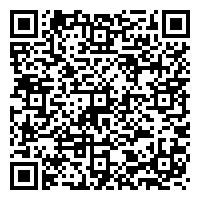