At the start of the Knesset winter session, Prime Minister Benjamin Netanyahu will act to amend the national service law so that it will no longer be possible for young Israelis to do their national service working for the B’Tselem organization, according to a statement from the Prime Minister’s office, released Saturday night. Netanyahu discussed the amendment Saturday evening with coalition chairman MK David Bitan (Likud).

Prime Minister Netanyahu has previously contacted the Attorney General on the matter, and the latter said the law needs to be amended to exclude the anti-Zionist NGO.


On Friday, Hagai El-Ad, executive director of B’Tselem, appeared before a non-binding session of the UN Security Council, together with the director of Americans for Peace Now, to attack Israeli policy on Jewish communities in Judea and Samaria.

The meeting came a week after the US and the EU had expressed their outrage at the fact that Israel was planning 98 new housing units in Samaria, for the residents of Amona which was slated for demolition by the Israeli Supreme Court. Apparently, the fact that Israel refuses to let a few hundred Jews go homeless poses a threat to the national aspirations of Palestinians everywhere. 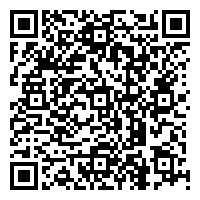