The Golan Heights “divides the good from the bad,” meaning Iran, Prime Minister Binyamin Netanyahu said on Tuesday during a visit to the region along with Defense Minister Moshe Ya’alon and IDF Chief of Staff Benny Gantz.

“On the day when talks between the major powers and Iran are being opened in Vienna, it is important that the world sees the pictures from this place, which divides the good that is in the world from the bad,” the Prime Minister said.

“All of the children who have been injured, to say nothing of those who have been killed, were injured as a result of Iran’s arming, financing and training the Assad regime in the massacres that it is perpetrating. From here, I would like to tell the world, today, as the talks between the major powers and Iran are being resumed, that Iran has changed neither its aggressive policy nor its brutal character. Iran is continuing to support the Assad regime which is slaughtering its own people.” 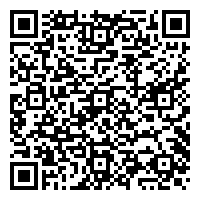