Over the weekend, Shas leader Aryeh Deri, one of the architects of the “stinking maneuver” that back in 1990 attempted to take down a right-wing government in favor of one led by Shimon Peres, stared straight at the Channel 2 camera and invited Prime Minister Benjamin Netanyahu to “pick up the phone and let’s negotiate right now a coalition government” together.

As it turns out, according to Walla, Netanyahu has been talking to Shas, but with Interior Minister Eli Yishai instead, behind Deri’s back.


When Aryeh Deri, having served his prison term for corruption charges, was imposed by Rav Ovadia Yosef on the two leaders of Shas, Yishai and Housing Minister Ariel Atias, common wisdom suggested that, sooner rather than later, Deri would emerge as the real party leader, the official water carrier for “Maran,” Rav Ovadia.

But, using the ancient tactic of divide and conquer, when Rav Ovadia had his minor stroke over the weekend, Netanyahu chose to send him his wishes for a speedy recovery not through Atias or Deri, but rather through Yishai.

Walla reports that Netanyahu and Yishai have been discussing “the day after” the January 22 elections, assuring him that the Interior portfolio will stay his, despite the fact that Avigdor Liberman, his co-leader at Likud-Beitenu, wants that ministry for his own faction.

And neither Netanyahu nor Yishai appear to include Aryeh Deri in their plans for the future.

Meanwhile, the Maverick Rabbi Amnon Yitzhak, has been suggesting that Rav Ovadia Yosef is not fully in charge at Shas. Obviously, Rav Ovadia’s condition has seriously deteriorated recently—Rabbi Yizhak has suggested, according to Walla, that he lost the hearing in one ear.

With two former Shas supporters, Rabbi Amnon Yizhak and Rabbi Haim Amsalem, running independent lists and splitting the Sephardi vote, Shas may end up without the goods needed to usher it into the next government. 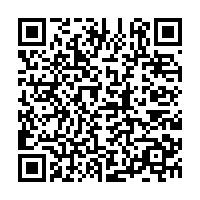