Arabs have raised a new claim on “Arab Susiya,” located in the southern Hebron Hills, based on an alleged 1881 document from the time of the Ottoman Empire.

The tiny area of Susiya, as The JewishPress.com reported here last week, has become a critical case that could determine the future of the Palestinian Authority and Israel. The IDF has issued orders to destroy several European Union and leftist-funded tents and structures on “Arab Susiya.” If the Palestinian Authority wins an appeal against the orders, it would pave the way for Arabs to dig up claims on every inch of land in Israel.


Israel aerial photos and academic researcher have refuted previous claims that Arabs lived on Susiya in recent years, Haaretz reported on Sunday that an Arab lawyer has dug up an Ottoman-Empire-era document in the Defense Ministry’s Civil Administration, that the “Jabri” family had a deed for “land near Susiya” in 1881.

Even if the claim were valid, it does not mean that Arabs can build without permits, but it would allow them to use the land for agriculture.

Haaretz noted that previous deeds from a century ago are problematic because they do not clearly define land boundaries.

The claim of a document from 1881 is strange because the Jabri family was one of the heads of the city of Hebron, 12 miles away by road. Susiya was not exactly Boardwalk on the Hebron land board; it was not even on the board at all.

The southern Hebron Hills is a barren mountain desert area. A family in Hebron would have no apparent reason to buy or lease land in Susiya.

But if the deed really is true, it exposes the Palestinian Authority as claiming that history begins only when Arabs settle land.

If Arabs wants to start digging into history before the re-establishment of the State of Israel in 1948, then all recorded documents have to be honored.

For example, using 1881 as a starting point, there are dozens of recorded land purchases by Jews of land in such places as Gaza, Gush Etzion and the Silwan Valley in “eastern Jerusalem.”

If Arabs want to use historical land deeds as a basis for claims, and since they accept the Five Books of Moses as a prelude to the Prophet Mohammed, then there is no argument that Abraham bought the Patriarchs’ Cave in Hebron, King David, Jacob (Yaakov) bought Shechem (Nablus) and King David bought Jerusalem.

Islam began in the 7th century, hundreds of years after Jews settled the country.

The Palestinian Authority wants it both ways. If it can find a document that Arabs paid taxes on land or even owned it, it claims that is proof the land is theirs.

If they don’t have a deed, they claim it is their “ancient homeland.”

Their meaning of “ancient” is when Arabs first appears on the scene. 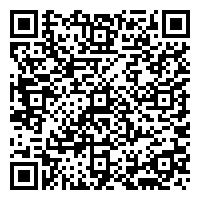