A fictional Palestinian Authority village is on the throes of becoming a reality that threatens a Jewish presence next to the Talmudic-period Jewish village of Susiya and which would be a catalyst to support the blood libel that all of Israel was stolen from Arabs.

Arab Susiya, with several dozen tents and structures, has been built like a Broadway stage, complete with props that enable the Arabs to spin the yarn that it has existed for centuries but that the mean IDF is trying to destroy their ancient lifestyle.


The U.S. State Dept., the European Union and lazy and inherently biased international media have swallowed the tale that is chock full of romanticism and anti-Zionism.

The southern Hebron Hills until recent years was a forgotten rural region. Archaeological evidence clearly proves that Jews lived in Biblical and Talmudic times until as late as the 9th century, coinciding with the birth and rise of Islam.

Modern aerial photographs and academic researchers have categorically established that Arabs never lived in Susiya, but the world prefers to believe starry-eyed fairy tales that Jews are land thieves.

For centuries, only a few thousand Arabs populated the relatively vast southern Hebron Hills. Other Arabs came from the Hebron area to stay in caves for two months during the season for planting and reaping wheat or to grave sheep and goats.

Other than that, they were never to be seen because their homes were elsewhere.

All of that changed soon after the early 1980s when the Jews returned after 1,500 years.

The presence of Jews in the southern Hebron Hills woke up the Arab neglect of the region, where the Ottoman Empire, the British Mandate and the Jordanian occupation after the War for Independence in 1948 never issued a solitary deed of land ownership.

Yasser Arafat in Ramallah and Arabs in Hebron started getting antsy about the Jews moving into a strategic area from which Arabs staged several deadly terrorist attacks before the Six-Day War in 1967, but they had a problem.  Arabs did not want to move from the urban areas of Hebron and adjacent Halhoul and Yatta and into the mountain desert where the biggest crop is rocks.

The European Union and leftist organizations came to the rescue. They pay Arabs to live in the region and to claim that their families have done so for centuries.

B’Tselem, the EU and other pro-Arab group built structures for Arabs, gave them tents, solar power and water purification systems.

They have built new villages that never existed before, dotting the hillsides with a nearly contiguous presence trumpeted with a fictitious “historical claim.” For the record, the Jews have an older historical claim, as evidenced by the ancient synagogues in Susiya and in neighboring Samoa.

The focus of the creation of this lie has been Susiya, the largest Jewish community in the area, although less than 200 families live there. It is located several hundred yards from the Talmudic=period village, which is protected as a natural park.

The European Union and leftist groups have invested tens of thousands of dollars to bring Arabs to the narrow stretch of land separating modern and ancient Susiya. The IDF, with the approval of the Supreme Court, has issued demolition orders for some – but not all – of the illegal Arabs structures.

Most of them exist with the classic Bedouin and Arab ruse of cement buildings covered by tents to give the romantic impression they are inhabited by a group of Arabs whose love for the land is greater than the temptations to live a life of convenience in the city.

Their love for money and the love for hating Zionists are even greater.

The EU and leftists fund the Arabs to allow them to live through cold, windy and sometimes snowy winters, as well as the hot and sultry days of summer.

There are aerial photographs from two decades ago showing that not one Arab lived in Susiya, but the European Union is giving away free tickets to a play that is being billed as reality.

It has all of the elements that the anti-Israel establishment needs to beat their breasts and berate Israel for being so cruel as to destroy the lifestyle of Arabs and expel them from their ancient lifestyle, which in truth dates back to approximately 10 years.

The spokesman for the fake Arab Susiya is Nasser Nawaja, the author of today’s fiction presented as “opinion” by The New York Times. He wrote, and is quoted over and over by dummy journalists, that his mother was born in Khirbet Susiya.

And I was born in Antarctica, and you, dear reader, were born in Saudi Arabia.

Nawaja makes his living as a paid servant for B’Tselem and the European Union and whose job is to dupe the United States to adopt the illusion on which is based the Palestinian Authority claim to the rest of Judea and Samaria as well as all of Israel.

The oft-documented reports that the Palestinian Authority teaches that Haifa and Jaffa (Yafo) are part of “ancient Palestine” always were laughable and ridiculous, so thought the Israel government.

It now has woken up, years too late, and Foreign Minister spokesman Emmanuel Nachson shared with The JewishPress.com a directive it issued to its emissaries around the world to put a finger in the dike to stop the flood of fabrications.

Unfortunately, the Foreign Ministry is using logic, which is of no use, and rests its case on “long-standing agreements between Israel and the Palestinian Authority, including the Oslo agreements,” which no longer are a reference point for anything except for a study of idiocy.

These clusters of structures… were built illegally and adjacent to an ancient Jewish archeological site.

Contrary to Palestinian claims that these structures have been permanently inhabited for decades, in fact, only a handful of families resided there in the 1980s and they only used the structures on a seasonal basis….

On 4 May 2015, the Supreme Court declined to issue another temporary injunction preventing demolitions.

The government is not taking to heart Deputy Foreign Minister Tzipi Hotovely’s advice to emissaries when she took office two months ago and said that the world needs to be reminded that Israel – all of Israel – belong to Jews by Biblical birthright. Anyone who does not agree can take his complaint to God.

The European Union the United Nations and especially the Obama administration do not care about the logic of legal or illegal buildings because they have adopted the entire Palestinian Authority hate libel that Israel is an “occupier” and that Jews have no right to live where Arabs want to live.

This has nothing to do with the “West Bank.” It has to do with all of Israel.

The “government of Tel Aviv” has closed its eyes for decades to the Bedouin and Arab rape of the Negev, well inside the “Green Line.” The squatters, many of whom have been imported from Judea and Samaria, have stolen tens of thousands of acres of state land – their “ancient land” – and the government has done nothing except to pay them to procreate their population bomb by winking an eye at polygamy and doling out outrageous child benefits.

“Arab Susiya” will be Israel’s Waterloo if it falls to international ignorance, in which the State Dept. has a stake.

When Indian reporter Goyal Raghubir, supposedly one of the better journalists covering Foggy Bottom, asked State Dept. spokesman John Kirby last week if he has “a reaction to reports that Israel may demolish part of a village called Susiya in the West Bank for expanding settlements,” the spokesman was ready with a prepared answer:

We’re closely following developments in the village of Susiya in the West Bank, and we strongly urge the Israeli authorities to refrain from carrying out any demolitions in the village. Demolition of this Palestinian village or of parts of it, and evictions of Palestinians from their homes would be harmful and provocative. Such actions have an impact beyond those individuals and families who are evicted. We are concerned that the demolition of this village may worsen the atmosphere for a peaceful resolution.

A “peaceful resolution” in the eyes of the Palestinian Authority, the European Union and the Obama administration is the expulsion of every Jew from all of Judea and Samaria, the Golan Heights and half of Jerusalem.

The “peaceful resolution” is build on the foundation of the lies of the “Palestinian people” and of Israel as “ancient Palestine.”

The international community has hidden its inherent anti-Semitism under propaganda spewed out as the truth by such groups as B’Tselem and Rabbis for Human Rights, who hand out to the media a perfume bottle full of a poisonous potion.

The Palestinian Authority-based Ma’an News Agency, one of the foreign media’s favorite sources for lies, told its readers last week that “Susiya villagers reportedly built homes in 1986 on agricultural land they owned, after being evicted by Israel from their previous dwellings on land declared as an archaeological site.”

I have been living in this area since 1991 and frequently visited the archaeological site of Susiya. There never was a single structure in “Arab Susiya” until the late 1990s.

“Mr. Bean” has the answer in his portrayal of someone at the entrance to Hell, where the devil tells the Christians, “Yes, I am sorry. I am afraid the Jews were right,”

The world cannot admit it, and that is why it adopts the lie of an “Arab Susiya.” 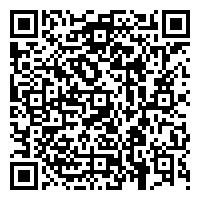