Abu Bakr al-Baghdadi, if he still is alive, seems to be desperate.

After having directly threatened President Barack Obama, Washington, several Americana and European cities, he now has warned that his ISIS (Islamic State) terrorist army is “getting closer every day” to strike Israel.

The audio posted as an “alternative Christmas message” on Saturday, but the authenticity of the voice of al-Baghdadi has not been confirmed.

If the ISIS were to strike Israel, God forbid, it might be its last breath. Israel, on whom the United States and the West depend for intelligence, could be expected to zero in on al-Baghdadi, unless he already is dead, or his replacement. He reportedly was seriously wounded in an Iraqi air raid in October and has been moving around to avoid being targeted.

The latest threats could be a posture to cover up severe losses suffered by the ISIS, especially since Russia sent its air force and soldiers into Syria to fight the terrorist state.

Following are some of the quotes from the latest 23-minute audio:

Crusaders and Jews don’t dare to come on the ground because they were defeated in Iraq and Afghanistan Be confident that God will grant victory to those who worship him, and hear the good news that our state is doing well. The more intense the war against it, the purer it becomes and the tougher it gets.

Jews, soon you shall hear from us in Palestine which will become your grave. The Jews thought we forgot Palestine and that they had distracted us from it.

Not at all, Jews. We did not forget Palestine for a moment. With the help of Allah, we will not forget it… The pioneers of the jihadist fighters will surround you on a day that you think is distant and we know is close. We are getting closer every day.

The same day the video was posted, The American-led strike force captured a key dam north of the ISIS de facto capital of Raqqa, cutting off a supply route

#UPDATE #ISIS Leader Al-#Baghdadi “God Has Made The #Jews Around The World Regather In #Israel, Easier For Us To Fight Them All At Once”

#ISIS Leader #Baghdadi “Soon you #Jew will pay heavily, Your houses, Palestine will be your grave. You will hide behind trees and stones”. 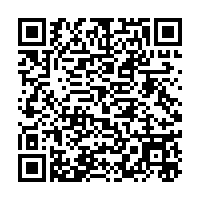