President Barack Obama has blamed the media for the lack of enthusiasm for his “strategy” to defeat the Islamic State (ISIS).

In an interview with NPR last week, he was asked, “What is the public missing about your strategy? And I say that simply because, according to polls, you don’t have very much approval for it.”

President Obama charged that the media is chasing ratings, but it recently was leaked that he seems to be out of touch with American fears of the ISIS.

The New York Times recently reported that he said in an off-the-record meeting that he didn’t realize how much Americans are afraid of ISIS. The Times later removed the comment from its website.

In the interview with NPR, he explained away criticism of his war on ISIS:

Well, I think what’s fair is, post-Paris, you had a saturation of news about the horrible attack there, and ISIL combines viciousness with very savvy media operations.

And as a consequence, if you’ve been watching television for the last month, all you’ve been seeing, all you’ve been hearing about is these guys with masks or black flags who are potentially coming to get you, so I understand why people are concerned about it. 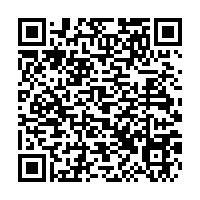