One soldier was lightly injured in a car-ramming attack near Shechem on Shabbat afternoon, and another terrorist, wielding a knife, tried to stab and murder police and civilians in Jerusalem.

The wounded soldier was evacuated to a Petach Tikvah hospital for treatment. The terrorist was shot and later died, according to Arab media.

Locals in the area at the time said that the driver — identified as Maher al-Jabi, 56 — had sped past several vehicles at the checkpoint before forces opened fire.

The attempted stabbings in Jerusalem occurred at Kikar Tzahal (IDF Square) around 9 a.m. when two mounted policemen noticed an Arab sitting outside Jaffa Gate and then standing up and following Jews wearing a tallis.

They followed the terrorist to Kikar Tzahal, where they asked the Arab, from eastern Jerusalem, to stop and show his identification card.

He whipped out a knife and police shot and killed him.

Below are videos of police tracking the terrorist and of aftermath of the attempted stabbing. 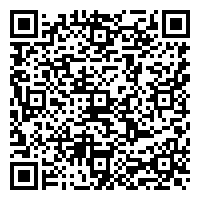