ISRAMCO and Modiin Energy LP reported Sunday a new natural gas field has been discovered beneath the waves of the Mediterranean Sea, off the coast of Israel, with “the greatest potential since Leviathan.”

The new gas field was discovered along the borders of the mammoth Tamar gas reservoir. It’s about the same size as Tamar, which currently serves much of Israel’s needs.

The reservoir was reported by Netherland, Sewell & Associates, Inc., in a resources estimate on the Daniel East and West licenses held by the two companies.

According to Tzahi Sultan, who owns part of the controlling interest in Modiin Energy, the Daniel licenses “have the greatest potential since Leviathan.”

Trading in Daniel East and Daniel West was suspended on the Tel Aviv Stock Exchange (TASE) pending the announcement, according to Globes business news service.

“Gas reserves of this order could significantly change Israel’s energy industry,” Sultan was quoted by Globes. “If the potential is realized, the disocvery could help competition in the Israeli gas industry a great deal and could completely change the picture.”

After trading resumed, participation units in ISRAMCO jumped by 8.46 percent, and units in Modiin skyrocketed by 34.3 percent.

“We are excited at the potential that has been revealed for finding gas in the Daniel East and Daniel West licensed,” Modiin Energy CEO Ron Maor said in a statement.

“This is potential of a significant size which, if realized, could represent competition for the currently existing reserves, and improve the country’s energy security. Together with our partners we will carry out drilling to test the potential prospects as soon as possible.

“We hope that the State of Israel will encourage further activity in the potential gas reserves in the Daniel East and Daniel West fields.”

The Tamar gas field was discovered in January 2009, also in the Mediterranean Sea off the Israel coastline. The field is located in Israel’s exclusive economic zone, roughly 80 kilometers (50 miles) west of Haifa in waters 1,700 meters (5,600 feet) deep. The adjoining Tamar South field added even more reserves. Together, the two finds comprised the largest discovery at the time of gas or oil in the Levant basin of the Eastern Mediterranean Sea.

The Leviathan gas field is one of the world’s largest offshore gas finds of the past decade, and is believed to ultimately have the potential to change Israel’s relations with its neighbors. It is located about 47 kilometers (29 miles) southwest of Tamar, about 130 kilometers (81 miles) west of Haifa. It’s about 1,500 meters (4,900 feet) deep in the Levantine basin.

In November 2015, the developers of the Leviathan gas field closed and inked their first gas deal with Egypt. 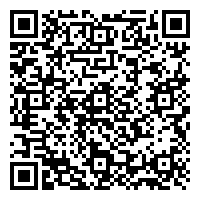