(JNi.media) Well before the November 13 Paris terror attack and the recent incidents in which Jews across France have been attacked by violent Muslims, many French Jews were already considering Aliyah to Israel, polling service Étude IFOP discovered in an extensive survey conducted last September and published this weekend in JSS News, a French webzine produced in Israel.

The survey offers a peek at the views of the French Jewish community, the largest in Europe and third largest in the world. According to the survey’s findings, as many as 43% of French Jews are planning to make Aliyah. As the commonly accepted figure for the size of the French Jewish community is 500,000, then Israel is about to be conquered by as many as 200,000 French Jews and Netanya would surpass Tel Aviv as the second-largest city in Israel.


At the same time, as many as 43% of French Jews are considering a move to countries other than Israel, the most popular of which are the UK, Canada and the US. It is possible, however, that these two groups might be the same group mulling several choices, while an estimated 57% of the Jewish community would still prefer to remain in France, but probably without a yarmulke.

A full 43% of the French Jews surveyed said they had been attacked for being Jewish, and 18% reported being attacked several times. 51% said they had been threatened for being Jewish and 63% had been ridiculed for the same reason. These figures should be particularly troubling for the French Jewish leadership, which last week attacked Marseilles Jewish community official Tzvi Amar who urged his members to take off their yarmulkes in the street, after Benjamin Amsalem, a local Jewish school teacher, was stabbed with a machete outside a synagogue.

According to the survey, as many as 59% of French Jews have family member who has migrated to another country recently.

Here is a cooling down fact: the survey was conducted among 724 French citizens who define themselves as Jewish and have at least one Jewish parent. So while the figures sound great if you’re a Zionist, and they may represent a trend, it’s probably too early to expect all these chickens to roost.

On the other hand, the fact that the survey was conducted in September, well before the explosion of terrorist and anti-Semitic attacks in France, it could very well mean that these numbers have only increased and that rentals in Netanya are about to climb sky-high. 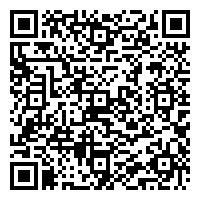