Thousands of protesters showed up to tell the Metropolitan Opera patrons, arriving Monday night, Sept. 22, for the year’s black tie gala, that staging the opera named the “Death of Klinghoffer” was a vile act of anti-Semitism.

Sarri Singer, a victim of Palestinian Arab terrorism spoke out against the opera, as did several 9/11 victims, as well as a victim of African genocide.

New York City police officer Steven McDonald, the victim of a gunshot which left him confined to a wheelchair, spoke out strongly against terrorism and against the opera which glorifies it.

Christian Zionist, founder and president of Proclaiming Justice to the Nations Laurie Cardoza-Moore said that the growing cancer of anti-Semitism was now consuming the Metropolitan Opera. She reminded the crowd that Hitler wrote in Mein Kampf that “all propaganda must be presented in a popular form.” Cardoza-Moore exclaimed that “the Metropolitan Opera has taken a page out of Hitler’s book!” 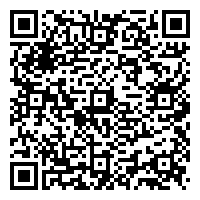