As Israel continues to express its willingness to participate in direct talks with the Palestinian Authority – its erstwhile one-time so-called “peace partner” is playing hard-to-get.

The latest coy little “catch me if you can” play by the PA came this week in response to an initiative by France.

During a visit to Japan on Monday, PA Foreign Minister Riyad al-Malki declared his government would “never” re-engage in direct talks with Israel.

In response, the Foreign Ministry issued a statement pointing out that Israel supports the “direct negotiating process with the Palestinians and opposes any predisposed attempt to determine the outcome of the talks.”

Of course, “never” is a very long time in the Middle East; it’s a word that means little here, and “never” has been heard countless times from Abu Mazen – and Hamas – before.

On Tuesday, French Ambassador to Israel Patric Maisonnave met with Alon Ushpiz, head of the diplomatic office for Israel’s Foreign Ministry. Maisonnave presented the details of his government’s plan to convene a peace conference in Paris this summer. The French government hopes to jumpstart the diplomatic process that crashed in April 2014.

“This principle [of talks] which has accompanied the process from its beginning has won the support of the international community over the years, and also has stood as the basis for peace negotiations with Jordan and Egypt,” the Foreign Ministry said in a statement following their meeting.

What’s interesting, however, is the response of the Palestinian Authority and its leader, Mahmoud Abbas – known to the Middle East as Abu Mazen.

The Prime Minister’s Office has declined to comment on the report.

As for Abu Mazen, on the one hand he personally has refused utterly to resume talks with Israel.

On the other hand he was quoted in a letter allegedly written by Sam Ben-Shitrit, a Jewish Moroccan emissary, as saying “At the beginning of next month I will write a personal letter to [Prime Minister Benjamin] Netanyahu proposing a meeting with him.”

That declaration followed a meeting between Abu Mazen and Ben-Shitrit, who was tasked by Morocco’s King Mohammed VI with trying to get the Israel-PA dialogue back on track.

Abbas told Ben-Shitrit at that meeting that he would be willing to meet with Netanyahu without agreed-upon preconditions for re-starting negotiations, according to a report by Israel’s Channel 2 TV.

The veteran Jewish negotiator is the founder and chairman of the World Federation of Moroccan Jews; he has when necessary acted as liaison between Israel and Morocco, since no diplomatic relations exist between the two nations.

U.S. Ambassador to the United Nations Samantha Power was in Israel on Saturday also to discuss the possibility of relaunching talks with the Palestinian Authority.

Likewise, European Union foreign policy chief Federica Mogherini made a special effort in a conversation with Israel’s prime minister to “get the relationship back on track” between the EU and the Jewish State. She emphasized that the EU’s product labeling policy implemented last November is non-binding and said the European body strongly opposes a boycott of Israel. Mogherini also said the EU supports direct talks as the sole means of reaching a final status agreement between Israel and the PA. 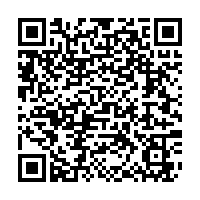