“I am appalled and disgusted that Donald Trump is doubling-down on hatred and racism in his very first action as President-elect,” Nadler wrote. “Instead of calling on the nation to end the violence, racism, and bigotry that is sweeping communities across the country, he has selected a known anti-Semitic, white nationalist, racist – Steve Bannon – to serve at the highest level of the executive branch.”


To be fair, several prominent American Jews have defended Bannon on the charge of anti-Semitism. On the other hand, he did tell Mother Jones, “We’re the platform for the alt-right,” and alt-right is what you might call Nazi-light – a racist, anti-Semitic, white power group well outside any notion of the American consensus.

Nadler is not alone, it turns out. Democrats, civil-rights groups and some Republicans are calling on Trump to change his decision regarding the Bannon appointment. However, House Speaker Paul Ryan (R-Wis) on Tuesday refused to answer questions about Bannon’s shady past (mostly a really bad marriage, a few violent outbursts and a dedication to using foul language. He also was the director of Earth-science research project Biosphere 2 in Oracle, Arizona, looking for ways to combat global warming…).

Ryan insisted “the president is going to be judged on his results,” and noted that Bannon “is a person who helped him win an incredible victory and an incredible campaign.”

Nadler, for his part, called on Trump “to immediately retract his offer to Bannon and to pledge that no one who shares those anti-Semitic, racist values has any place in his administration. Bannon has bragged about Breitbart News serving as the platform for the alt-right — a loose alliance of anti-immigrant, anti-Semitic, white nationalist provocateurs. We must not allow him to use the power of the White House as his new platform for spewing hate, racism, and white nationalism.”

“I call on Trump to appoint senior officials and members of his cabinet that look like America,” Nadler concluded. “In a sign of national unity, and reflecting the very close nature of the election – including the fact that he lost the popular vote – he needs to appoint Democrats and Republicans to his administration, men and women, people of all races, ethnicities, and religious backgrounds, gay and straight, and including those with disabilities. Whoever he appoints to serve in a position of leadership in our country must serve all of the people and must denounce the type of racism, white nationalism, and bigotry that, unfortunately, Steve Bannon represents to millions of Americans.” 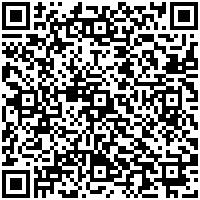