Radical Islamist groups in the United States have asked curators at the National September 11 Memorial Museum, set to open on May 21, to censor derogatory references about al-Qaeda in order not to offend Muslims.

Islamist groups such as the Council on American-Islamic Relations (CAIR), the Muslim Public Affairs Council (MPAC) and at least one imam from a mosque in lower Manhattan say a six-minute film entitled The Rise of al-Qaeda would “greatly offend” Muslim visitors to the museum because it refers to Jihad and the fact that the hijackers were Muslim.


“Unsophisticated visitors who do not understand the difference between al-Qaeda and Muslims may come away (from the movie) with a prejudiced view of Islam, leading to antagonism and even confrontation toward Muslim believers near the site,” said Sheikh Mustafa Elazabawy,an imam at  Masjib Manhattan, a mosque located about a mile from the site where Muslim terrorists murdered nearly 3000 people in the Twin Towers attack a decade ago.

According to the Investigative Project on Terrorism, Elazabawy has not shown the acceptance of Jews that he now demands on behalf of Muslims. His past statements include an accusation that Jews “killed the Prophets and Messengers” and that they are a”cancer … in every generation as they get in power.”

“They kill our children. It’s halal [kosher] for them. It is a hero. It is a victory … Begin and Sharon in 1967, they used to bring the Palestinian women, pregnant Palestinian women. They used to bet between both of them is it son or girl, boy or girl, between Sharon and Begin. And then after all what they did, they killed with a knife, and they opened the belly of the woman to find out if there is a boy or there is a girl. If they found it’s a boy, they killed the boy and they leave it exactly the same what Pharaoh did with them before,” Elazabawy reportedly said.

Notably, Elazabawy is clearly not anti-Semitic. He has reportedly embraced Rabbi Yisroel Dovid Weiss, head of the radical anti-Zionist Netuei Karta who has said that that Zionism is ”rooted in… a rebellion against God. 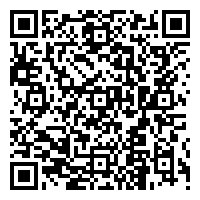