Of course no one expects the U.S. to send drones in reply to the news that the Palestinian Authority [PA], upon which he has lavished billions of dollars and thousands of hours of diplomacy, was going into business with Hamas, which the United States has branded a terrorist organization.


But one could hope for something more forceful from Washington than State Department spokesman Jen Psaki’s weak and vacillating response in which she attempted to take the heat off Hamas and the PA by taking a gratuitous dig at Israel. “There have been unhelpful steps from both sides throughout this process,” she said.

If the US response was feeble, the EU’s was treacherous.

Like America and several other countries, the EU designates Hamas as a terrorist organization. Yet the spokesman for Catherine Ashton, EU foreign affairs head, actually welcomed the proposal to bring Hamas into the PA.

Though shameful, this is far from surprising. It is part of a lengthy pattern of witting or unwitting EU encouragement of Middle Eastern terrorism.

The EU has contributed its taxpayers’ money to paying the salaries of convicted Palestinian terrorists via unconditional donations to the PA amounting to billions of dollars since 1994. Some of this money has also been spent on school textbooks, television programs and other PA propaganda that incite hatred and terrorism against Israel.

Ashton and the EU have called repeatedly for an end to the Israeli-Egyptian security operation on land and sea around Gaza. The operation is designed to prevent predominantly Iranian-supplied munitions and materiel for terrorism from entering the Gaza Strip, and to stop Gaza terrorists and weapons moving to attack Israeli or Egyptian targets.

At the same time, the EU, like the UN, has usually remained mute in the face of volley after volley of Iranian-supported rocket attacks from Gaza directed against the civilian population of Israel. These rockets are fired mainly by Hamas and their terrorist bedfellows, the Palestinian Islamic Jihad. Silence and inaction by such significant international bodies as the UN and the EU must, in these circumstances, add up to at least a degree of culpability.

Robert Serry, the UN Special Coordinator for the Peace Process, seems to have swallowed Abbas’s suggestion to him that reconciliation with Hamas will be on the basis of “recognition of Israel, non-violence and adherence to previous agreements.” On that “understanding,” the UN, like the EU, apparently welcomes and even supports the prospect of a terrorist group’s incorporation into the PA.

Were Hamas indeed to commit — plausibly — to such undertakings, then Israel could of course continue peace negotiations and cooperation with the PA on current terms. But other than Abbas’s words to Serry, there is no indication of this and, in the real world, Hamas is not likely even to consider such conditions.

Prime Minister Netanyahu therefore had no choice other than to suspend the peace process. This was his obligation to the Israeli people and to the international community. How could he possibly continue to negotiate with an entity that is itself negotiating with a vicious, murderous and unrelenting terrorist group hell-bent on the destruction of Israel and outlawed around the world?

Of course Abbas knew full well when he agreed to unity with Hamas that this would end the peace negotiations. But this is only the latest in a series of steps that Abbas has taken to sabotage the peace process. He rejected U.S. Secretary of State John Kerry’s framework principles last month; he has repeatedly refused to discuss PA recognition of Israel as the national homeland of the Jewish people; and at the end of March he initiated a move to join 15 international organizations, contravening an agreement to make no unilateral moves in the international arena during the period of the peace negotiations. 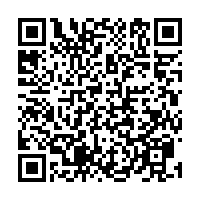