The Obama administration is escalating its fiery spat over an open letter sent by a group of senators to Iran: this time Vice President Joe Biden, who spent 30 years as a leading senator in the Congress, hit back hard in response.

“The letter sent on March 9th by 47 Republican Senators to the Islamic Republic of Iran, expressly designed to undercut a sitting president in the midst of sensitive international negotiations, is beneath the dignity of an institution I revere,” Biden said in a statement late Monday.


The letter warned that any deal signed by the president can be nullified during the next administration. “The next president could revoke such an executive agreement with the stroke of a pen and future Congresses could modify the terms of the agreement at any time,” the senators pointed out.

“This letter, in the guise of a Constitutional lesson, ignores two centuries of precedent and threatens to undermine the ability of any future American president, whether Democrat or Republican, to negotiate with other nations on behalf of the United States,” Biden contended.

“Honorable people can disagree over policy. But this is no way to make America safe or stronger,” he said.

“In thirty-six years in the United States Senate, I cannot recall another instance in which Senators wrote directly to advise another country-much less a longtime foreign adversary – that the president does not have the constitutional authority to reach a meaningful understanding with them,” Biden wrote.

“This letter sends a highly misleading signal to friend and foe alike that that our Commander-in-Chief cannot deliver on America’s commitments – a message that is as false as it is dangerous.”

“The decision to undercut our president and circumvent our constitutional system offends me as a matter of principle. As a matter of policy, the letter and its authors have also offered no viable alternative to the diplomatic resolution with Iran that their letter seeks to undermine.” 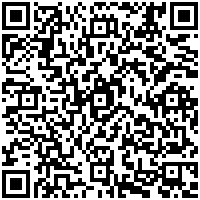