President Barack Obama is “deeply troubled” over yesterday’s death sentence to former Egyptian president Mohammed Morsi, who led the Muslim Brotherhood’s violent rebellion against Hosni Mubarak and then wears thrown out of office for the same crimes as his predecessor.

We are deeply troubled by the politically motivated sentences that have been handed down against former president Morsi and several others by an Egyptian court today. The United States has repeatedly raised concerns about the detention and sentencing of a variety of political figures in Egypt. We are concerned that proceedings have been conducted in a way that is not only contrary to universal values but also damaging to stability that all Egyptians deserve.

The death sentence actually was a confirmation of the same ruling previously delivered by an Egyptian court, which re-affirmed it Tuesday after its approval by the Grand Mufti. Morsi will appeal the ruling.

Morsi was convicted for murder and kidnapping during a massive jailbreak he helped organize in the uprising against Hosni Mubarak in 2011. He also was sentenced on Tuesday to 25 years in jail, which is considered “life” in the Egyptian courts, for espionage.

Mubarak was a ruthless autocrat who maintained stability with the usual Middle East Arab anti-democratic rule.

The Arab Spring protest movement, which was encouraged by President Obama, swept through Egypt, forced Mubarak out of office and was followed by American-backed elections that were democratic, but only by Egypt’s standards

The Muslim Brotherhood, which had been outlawed under the Mubarak regime, swept into power and was welcomed by Obama, whose office said at the time:

The United States will continue to support Egypt’s transition to democracy and stand by the Egyptian people as they fulfill the promise of their revolution He [Obama] emphasized his interest in working together with President-elect Morsi, on the basis of mutual respect, to advance the many shared interests between Egypt and the United States.

After it became clear that Morsi was Mubarak by a different name, only worse, and after his regime murdered, tortured and imprisoned thousands of protesters, Obama stated:

When I took a position that it was time for Egypt to transition [away from Hosni Mubarak in 2011], it was based on the fact that Egypt had not had democratic government for decades, if ever. And that’s what the people were calling for.

So why is Obama so troubled over the death sentence to Morsi and not death sentences for Palestinian Authority Arabs who sell land to Jews, or drug dealers and even those convicted for blasphemy and who are executed in Saudi Arabia?

And if he is so concerned that the death sentence was politically motivated, how about alleged spies for Israel who are hanged by Iran?

Or could it be that President Obama doesn’t want history to record that a man whom he once supported was sentenced to death for murder and terror?

Obama also has supported Egyptian President Abdel Fattah al-Sisi who has turned out to be another version of Mubarak.

But it does not matter so long as the United States has declared there is democracy in Egypt. 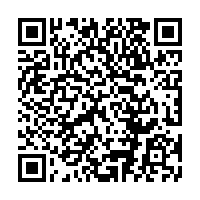