“ObamaDeal” explicitly states that the United States and the other P5+1 powers can help Iran deflect and even “respond” to sabotage and nuclear threats to its nuclear sites.

The damming evidence that ObamaDeal directly allows Western powers to help Iran to protect its nuclear sites, and possibly even to stage a counter-attack on the source of the threat, is stated in Annex III of the Joint Comprehensive Plan of Action (JCPOA). Congress is reviewing the agreement and has the option to cancel America’s commitments under the deal.


You have to reach page 142 of the JCPOA until you reach “Annex III: Civil Nuclear Cooperation,” where Section “D 10 states that the P5+1 “and possibly other states are prepared to cooperate with Iran on the implementation of nuclear security guidelines and best practices. Cooperation in the following areas can be envisaged:

Co-operation in the form of training courses and workshops to strengthen Iran’s ability to prevent, protect and respond to nuclear security threats to nuclear facilities and systems as well as to enable effective and sustainable nuclear security and physical protection systems [boldface added];

Co-operation through training and workshops to strengthen Iran’s ability to protect against, and respond to nuclear security threats, including sabotage, as well as to enable effective and sustainable nuclear security and physical protection systems.

Emphasis should be placed on the word “respond.” It leaves open for interpretation the possibility that the United States and other P5 +1 countries can take action in the form of training and preparing Iran to stage a cyber attack or retaliation in the event of a third-party assault on Iran’s nuclear facilities.

Israel is assumed to have been behind the Stuxnet cyber attacks on Iran’s centrifuges at the Natanz nuclear facility in 2010, which set back the Iranian nuclear weapons program. The agreement provides for assistance from the United States and the other P5+1 countries to thwart “sabotage” on Iran’s nuclear sites.

Al Jazeera reported earlier this year that President Barack Obama threatened Prime Minister Binyamin Netanyahu in 2014 that he would order American fighter planes to down Israeli aircraft if the Israeli Air Force tried to carry out an attack, which reportedly was about to happen.

If (or when) it was discovered that Iran has cheated and is close to developing a nuclear weapon, the complicated review methods in the agreement could take several months or even a year before the United States and other P5+1 nations could prove their findings. In the meantime, Israel could be met by the United States as well as Iran as enemies in the event of an attempt to sabotage or attack the sites where Iran violated the agreement.

Even without the agreement, Iran is on the way to receiving from Russia, one of the P5+1 powers, S-300 anti-missile systems that could possibly deter any Israeli missile attack on Iranian nuclear sites, in which Russia has a heavy investment.

Prime Minister Netanyahu has argued that ObamaDeal not only does not prevent Iran from obtaining a nuclear weapon but actually paves the way for a nuclear-armed Islamic Republic.

But the agreement does more than that. It helps make Iran impervious to an attack, whether from the air or from cyber space, and ObamaDeal also ratifies a possible Iranian counter-attack on Israel 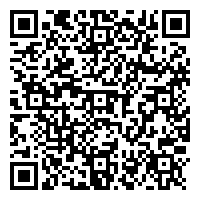