Argentinean Jewish community has rejected a government plan to work with Iran to investigate the 1994 bombing of the Argentine-Israeli Mutual Association (AMIA) that killed 85 people.

Last Friday was the 21st anniversary of the attack, which has Iran’s and Hezbollah’s fingerprints but which never has been officially solved.


Jewish leader, Ariel Cohen, urged the government ‘’to take courageous stance and intensify the demands so that the accused Iranians can someday face justice,” the European Jewish Press reported.

Former Iranian senior officials have been on an Interpol capture list for years for their involvement in the AMIA bombing, but Argentine prosecutors have never been able to question them.

Courts have ruled against a previous agreement with Iran to investigate the bombing.

The death of prosecutor Alberto Nisman earlier this year is directly connected with the case because he was found dead hours before he was scheduled to present evidence that President Cristina Fernandez had tried to cover up Iran’s alleged role. 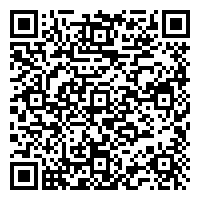