The head of Palestinian Authority intelligence, Majid Faraj, is the Obama administration’s hand-picked favorite to succeed an ageing and ailing Mahmoud Abbas, according to several Middle East experts.

Abbas, now 80 and suffering from several medical ailments, chose Faraj in 2009 to head the General Intelligence Services, and he has since proved so much a favorite in the United States that he was secretly honored by the CIA last year for providing information that led to the arrest of terrorist Abu Anas Al-Libi, involved in the 1998 bombings of the U.S. embassy in Libya.


The CIA ostensibly honored him for “his efforts to open channels with Washington and with Hamas,” according to an article written for the Globes business news site by Dr. Moshe Elad, an IDF Reserve Colonel and college lecturer.

In truth, the reward was for Faraj’s helping arrest al-Libi, who had gathered information on American targets and carried a $5 million price tag on his head.

U.S. Secretary of State John Kerry immediately fell in love with Faraj, seeing him as an “officer and gentleman,” the perfect requisites for an American-ordained “peace partner” for Israel. The State Dept. is big on image and soft-sell and does not care about explosive content.

Faraj, in his 50s, is everything that the Palestinian Authority needs in its next round of trying to achieve the dream of shrinking Israel to the “Auschwitz borders” of 1949-1967 and asserting sovereignty over the Old City of Jerusalem, including the Western Wall and the Temple Mount.

The “obvious” successors’ to Abbas are fading out of the picture. Marwan Barghouti, serving five life prison sentences for involvement in suicide bombings and other terrorist attacks that maimed, killed and wounded hundreds of Israelis, is easily the most popular hero for Palestinian Authority Arabs. However, Israel is in no mood to free him, and his history as a terrorist, regardless of his “reform,” makes him less desirable for the American to pitch him as Israel’s greatest friend.

Other would-be successors are – or were – Mahmoud Dahlan, who was Abbas’ strong man in Gaza before Hamas’ revolution eight years ago. Dahlan has since been at virtual war with Abbas and has fled to the Gulf states.

Faraj, unlike the old guard “Tunis gang” in the Palestinian Authority, speaks perfect Hebrew and knows the Israeli system thoroughly, partly because he served served six years in several Israel jails. He was born in Bethlehem making him a model for the Palestinian Authority war against the “occupation,” unlike Abbas, who was born in Safed (Tsfat). Branding him a “refugee” from Dehaishe, next to Bethlehem, will win over the international media.

Faraj worked his way up in the ranks of Fatah. He proved his loyalty to Abbas since taking over as head of intelligence and has won the confidence of Abbas and of Israeli officials, so much so that his “black mark” among hawkish Palestinian Authority members is his cooperation with Israeli security authorities.

In 2008, when Khaled Mashaal said that the Abbas regime was illegitimate, he said, according to Elad, “We took care of every person in Hamas whose name was given to us… Out of 64 details on Hamas institutions, we took care of 40. Out of 330 bank accounts of Hamas people, 150 were closed.” 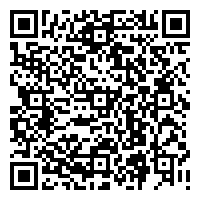