Read also: ‘It All Started When an Israeli Officer Hit Back’

This Dreyfus trial is over, with the predictable Dreyfusy results. Israel has just destroyed one of its best and brightest over a cooked video. There will be no second chances.


A military court in Tel Aviv on Thursday accepted the plea deal between the military prosecution and Lt. Col. Shalom Eisner, according to which Eisner will spend 2 months of community service at one of the ground forces, and then will retire at the earliest possible age of 43.

The court decision read: “We find that the arrangement is reasonable and we should adopt it.”

Back in April, 2012, large group of 250 European and Palestinian activists belonging to the International Solidarity Movement (ISM) were on a bicycle trip in the Jordan Valley, a region which has enjoyed relative peace in the relationship between local Arabs and the IDF, even as Judea and Samaria were ignited in violent clashes.

This very large group of dedicated agents provocateurs rode through one of the villages in the valley, and when they tried to get on highway 90, which runs the length of Judea and Samaria alongside the Jordan River, they encountered Israeli soldiers and border policemen who demanded their return to the village, because the activists had not coordinated their trip with security forces.

It should be noted that, for security reasons, Palestinian traffic on highway 90 is curbed and monitored by several checkpoints. This is part of Israel’s overall effort to prevent unceasing Palestinian attempts to attack Jewish targets both within and outside the “green line.”

It should also be noted that, as the ISM itself states this plainly, it is their mission to open up those road blocks, so that “the Palestinian popular resistance,” e.g. the Islamist Jihad and Al Fatah, be able to renew their attacks on Jewish targets.

According to the Deputy Commander of the Valley Brigade, Lt.-Col. Shalom Eisner, the event, in which IDF soldiers were trying to block the passage of 250 cyclists, lasted about two hours, only a few minutes of which are shown in the video.

Once told they could not proceed, Eisner said, “the activists tried to block the Jordan Valley road. We were the last vestige between them and the highway, and the protesters tried to pass us again and again, even though we insisted and explained to them that they are forbidden to break into a military zone.”

At some point during that two-hour event, an ISM agent attacked Eisner, and broke two of his fingers. Take a look at the way the Israeli officer is holding his weapon, and you’ll realize he is actually responding to a dangerous demonstrator, rather than attacking him unprovoked. He was provoked and then some.

“I’ve learned my lesson from the incident and will never again be dragged into provocation,” Eisner told Ma’ariv back in 2012, “but you must understand the whole situation, in which we were trying for two hours to stop lawbreakers. I simply did my job.”

And that good deed is certainly not going unpunished.

For his part, Lt. Col. Eisner, who was about to become head of a major IDF training facility when career veered off a cliff, said he was satisfied with the verdict, and as the judges left the room, he was heard to say: “this is now behind us.”

It means it could have gone even worse.

The community service is to start in February. 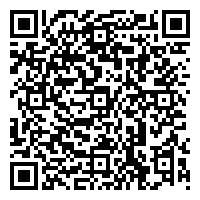