Amona residents on Thursday decided to reject a demand from the Supreme Court that they each sign a personal pledge to leave their homes peacefully in 45 days, regardless of whether or not the state had been able to create for them proper alternative housing nearby. The court expected those personal signatures by 10 AM Thursday local time.

The court responded to an appeal by the State Attorney, on behalf of the Netanyahu government and the AG, to extend the deadline for the demolition of Amona by 45 days. “In order to remove all doubt, all the respondents who are residents of Amona are requested to declare sincerely that they are unanimously committed to leave peacefully without altercation or resistance on the date the court would decide,” the justices demanded.


Insisting they must have the Amona residents’ signatures by Thursday morning, the justices also noted that their move does not necessarily mean they would ultimately grant the extension.

The residents, incensed over the court’s demand for individual commitments in writing, which would obviously open each adult member of the community to personal prosecution, based on the judgment of law enforcement personnel over just how well they complied with their promise to the highest legal authority in the land, told the court it should accept instead a group letter from the residents, stating their endorsement of an agreement they had signed with the state.

Several Amona residents accused the court of blackmailing them, since a refusal to comply with the court’s demand could leave them and their children homeless. One resident told Walla the court’s demand constituted a “grave harm to our right to dignity and to elementary living conditions. This to remedy a “miniscule damage, if at all, caused to the rights of claimants who have never worked the relevant plots and are mostly absentee landlords who in reality are not even present in the area.”

Police Use Extreme Violence in Evacuating Youths from Amona

Minister Regev at Amona: I Support Restoring Barriers and Checks on PA Arabs 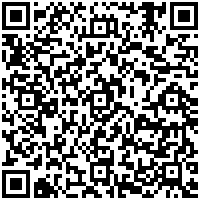