It has been 13 days since Naftali Frenkel, Gilad Sha’ar and Eyal Yifrach were abducted by Arab terrorists as they hitchhiked home from yeshiva in Gush Etzion to be with their families for the Sabbath, but motivation remains high among the IDF soldiers who search every night for the teens.

There is no word on their whereabouts or condition, but tens of thousands of Israeli soldiers are combing the hills of Judea and Samaria, hunting for the boys and those who abducted them, while trying to make the area safer from now on for those who live there.


The other goal is to neutralize the creeping presence of the Hamas terrorist organization — which publicly states its whole-hearted commitment to Israel’s annihilation and that of its citizens — and which has managed to infilitrate the region over the past several years.

Palestinian Authority lawmaker Khaled Ibrahim was among the 17 PA fugitives who were arrested by IDF soldiers overnight Tuesday in the continuing search.

Ibrahim, a member of the Palestinian Legislative Council, was among those taken into custody during Operation Brother’s Keeper.

The IDF has meanwhile uploaded to YouTube a video from a Skylark drone, showing a paratroopers unit raiding the home of a Hamas terrorist in Beit Awwa, a suburb northwest of Hevron.

Thanks to the operators of the Skylark, the IDF soldiers were able to track down the fugitive as he tried to escape. The drone showed him running to a nearby house where he apparently thought he could hide, and the paratroopers used the data to make the arrest, without resistance.

IDF troops also discovered a cache of weapons in Jenin late Tuesday night, but were forced into clashes there with PA Arabs before confiscating the arms. No injuries were reported. 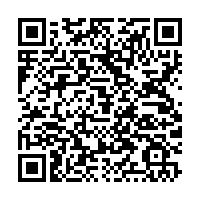