Palestinian President Mahmoud Abbas’ spokesperson said that Israeli Prime Minister Benjamin Netanyahu was “wasting time” with his demand that the Palestinians recognize Israel as a Jewish state and was undermining the current peace negotiations.

“The intention of Netanyahu’s continued demand to recognize Israel as the Jewish state is to waste time and avoid reaching a true, just and viable peace agreement,” said Nabil Abu Rudeineh, Abbas’ spokesperson, according to reports.

In a speech at the annual conference of the American Israel Public Affairs Committee Tuesday, Netanyahu emphasized his oft-repeated demand that the Palestinian Authority recognize Israel as a Jewish state in any Israeli-Palestinian peace agreement.

“President Abbas, recognize the Jewish state, and in doing so, you would be telling your people, the Palestinians, that while we might have a territorial dispute, the right of the Jewish people to a state of their own is beyond dispute,” Netanyahu said in the speech. “No excuses, no delays, it’s time.” 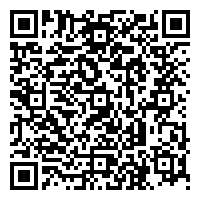