The special operations Palestinian Authority intelligence service arrested a number of fugitives late Monday night in Kfar al-Yamoun, west of Jenin. The raid was carried out after a tip on a large cache of weapons and ammunition.


Also on Monday night, IDF forces raided the homes of operatives who carried out the stabbing attack against Israeli soldiers in a Hebron neighborhood earlier in the day, Arab sources reported. 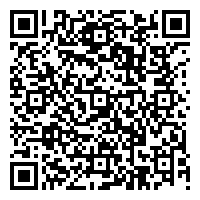