Stoning attacks by Arab terrorists are escalating on the roads traveled by Israeli drivers, as they do every year when world leaders gather together at the United Nations General Assembly.

On Monday afternoon (Sept. 19), an Israeli bus came under a hail of rocks in the Jerusalem neighborhood of Wadi al-Joz. The bus driver sustained minor injuries and the windshield was smashed. Jerusalem Police launched a search for the terrorist.


Arab terrorists also carried out a stoning attack on an Israeli bus near the Jewish community of Kfar Muchmas in the Binyamin Region. As in the Jerusalem attack, the rocks smashed the windshield of the bus.

Passengers were traumatized but miraculously there were no physical injuries were reported, according to the Hatzoloh emergency response service of Judea and Samaria. IDF soldiers spread out to search for the terrorists. 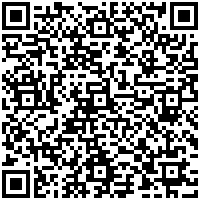