UPDATE: Following the report below, the Ma’an News Agency reported on the arrests. The Palestinian Authority website WAFA continued to ignore them.

The Palestinian Authority has found a new form of incitement by simply ignoring any news that might tone it down.


Palestinian Authority propaganda hit a new low Thursday with a self-imposed gag order on the arrests of suspects of last July’s deadly arson attack of the Dawabsheh family in the village of Duma.

Arab media have turned the attack and lack of arrests of suspects into a cause célèbre. Sayeed Arikat, who covers the U.S. State Dept. for the Al Quds newspaper, has raised the issue almost every week.

Before there was news of this morning’s arrests, he reminded spokesman Mark Toner Wednesday of the lack of progress in the case, took the opportunity to criticize a court at the last minute labeled as “insane” a main suspect in the barbaric burning of a Jerusalem Arab teenager earlier this year, and complained of a “double standard” by Israel’s policy of destroying Arab terrorists’ homes but not those of Jewish terrorists.

Neither he nor Toner noted that destroying homes is a deterrent to terror and that the ratio of Jewish terrorists to Palestinian Authority terrorists is something like one Jew and several thousand Arabs.

Four months have passed since the arson attack against the Dawabsha family in the village of Duma in the occupied West Bank on 31 July.

The English website of the Ma’an News Agency, based in Bethlehem and widely quoted by foreign media, also ignored the arrests Thursday, well after a gag order was released.

The report was updated Thursday afternoon and not only omitted any reference to the arrests but also continued to falsely report, “The perpetrators of the attack have still not been arrested by Israeli authorities.” 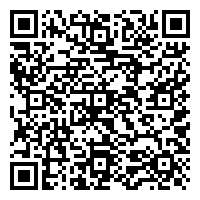