PM Benjamin Netanyahu spoke to the nation on Tuesday evening to explain his decision to fire Ministers Tzipi Livni and Yair Lapid and call for new elections.

Netanyahu explained that it is impossible to run the country under the current conditions, where ministers inside the government are working to undermine their own government and agreed upon coalition policies and decision. He then gave specific examples of how Lapid and Livni went behind the backs of the coalition, such as when Livni met with Palestinian Authority officials while overseas following the PA’s forming a unity government with Hamas, which was against the government’s decision.


Netanyahu said, “I will not allow for a government where Government Ministers attack the Government from within.”

Netanyahu also blamed the fact that the Likud party did not receive enough mandates, making the government vulnerable to all of Lapid’s and Livni’s actions and games.

Netanyahu said Israel needs new elections so he can form a large, unified and stable government.

He compared everything his previous government accomplished, to what this one was incapable of doing, and for good measure added that Lapid failed as Finance Minister.

The bottom line is that this was Netanyahu’s kickoff campaign speech, and his message was that only a large Likud can form a stable government. 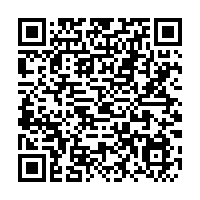