Prime Minister Benjamin Netanyahu and Defense Minister Avigdor Liberman on Sunday evening visited the site of the terrorist attack in the Jerusalem neighborhood of Armon Hanatziv and were briefed by Jerusalem District Police Commander Yoram Halevy.

“We in Jerusalem have just experience an unprovoked terrorist attack, a murderous attack that claimed the lives of four young Israelis and wounded others. This is part of the same pattern inspired by Islamic State, by ISIS, that we saw first in France, then in Germany and now in Jerusalem. This is part of the same ongoing battle against this global scourge of the new terrorism. We can only fight it together, but we have to fight it, and we will.” 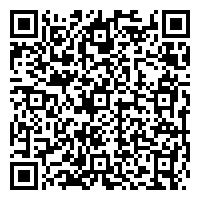