The new virtual reality ‘Pokemon Go’ smartphone game is not only being carefully monitored by the Israeli military, but it’s now also being watched by the top echelons of the Hamas terrorist organization.

The internet in Gaza runs on 26 technology, as it does in many areas of the ancient city of Istanbul, for that matter. But it hasn’t stopped residents in the region from downloading the game and playing it, to the chagrin of the ruling Hamas terror group.


Due to the slow rate of the internet, it can be very expensive to run. However, that is not real issue.

The biggest problem with Pokemon Go in Gaza has to do with the same issues being faced by other players and governments elsewhere around the world: the boundaries being breached by the game and its players.

One Gazan player told the Associated Press he found himself unable to catch a fourth Pokemon he had had in his sights. The little creature was located on the premises of the Hamas Palestinian Legislative Council — a government building that is off-limits to everyone, including cute little Pokemon. 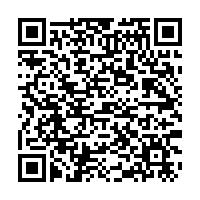