Authorities at the Port of Ashdod and police  last week uncovered two containers with more than 6,000 knives and swords, 18,000 fireworks rockets destined for eastern Jerusalem Arabs to maim and slaughter Jews.

Police have arrested three suspects. A gag order on the smuggling of the weapons was lifted Thursday.


Customs agents detected that the contraband wrapped as Christmas gifts. One container was full of 18,000 20mm diameter firework rockets and hundreds of blasting caps, and the other container included 5200 commando knives, 4300 high voltage shocker flashlights, 5000 electric shockers and 1000 swords.

The weapons and fireworks were lined with Christmas presents, lights and wrappings in the hope of slipping them past Customs.

Three Arabs from northern Israel arrived at the port 10 days to unload the cargo on two trucks. Police followed them to Afula, opened the containers and arrested the suspects.

The shipments originated in China and were destined for Beit Hanina in eastern Jerusalem.

Police said the smuggling attempt was intended to “significantly upgrade: violence by Arabs, who recently have turned firecrackers, which have become the latest fad for Arab rioters to injure or maim police officers trying to quell riots.

If the containers had slipped through, the organizers of violence in eastern Jerusalem would have had an opportunity to make Tuesday’s slaughter of Jews praying at a Jerusalem synagogue just a drop in a sea of Jewish blood.

The police investigation might help security officials track down a major source of the Arab riots and perhaps put a serious hole in the heart of what appears to be an organized war to take Jerusalem away from Israel. 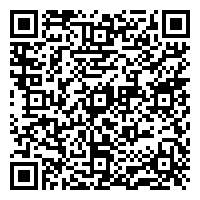