As the Jewish women of Gdansk sat waiting in the New Synagogue for the final Neila prayer of Yom Kippur to begin on Wednesday, the Day of Atonement, a rock suddenly crashed through the large window, shattering the beautiful glass and flying close to the worshipers and their children.

In Poland, such an incident brings back horrifying memories of the past even to grandchildren who bear the scars of the intergenerational traumas transmitted down through the decades after the nightmares that took place in World War II.

“The attack on Gdansk’s New Synagogue is shocking and dismaying in itself, made all the more distressing by the fact that it took place on Yom Kippur, evoking the terrible tragedies that occurred in German-occupied Poland during the years of the Holocaust,” World Jewish Congress President Ronald S. Lauder said in a statement.

Gdansk Mayor Pawel Adamowicz immediately condemned the incident and expressed his apologies to the Jewish community.

“We trust that the local police authorities in Gdansk are investigating this matter with the diligence it deserves and that the perpetrators of this cowardly act will be swiftly brought to justice,” Lauder said.

“We appreciate Gdansk Mayor Pawel Adamowicz’s prompt and reassuring response and hope that reflects the attitudes of Polish authorities generally. In recent years, Jews in Poland have been able to worship with a sense of security, and we hope that this attack does not herald negative change in that positive environment.”

The attacker has been identified on camera and the police were reportedly dealing with the attack as “a matter of the highest urgency.”

In his statement, Adamowicz referenced his city’s recent past as the birthplace of the anti-Communist trade union. “I categorically reject the behavior of the perpetrators,” he said, adding that he counts on them being rapidly caught.

“I apologize to the Jewish community of Gdansk. In the city of Freedom and Solidarity, we respect all religions and do not accept acts of hooliganism,” he added. 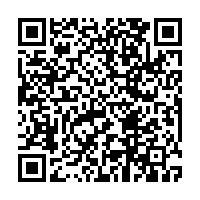