Makor Rishon ran a fascinating poll this week, asking Israelis for their opinions on the current status quo on the Temple Mount, as well as who is responsible for the recent violence in Jerusalem.

1) Do you know what the status quo currently is on the Temple Mount?

2) Do you support removing the restrictions on Jews on the Temple Mount?

3) If an arrangement were set up on the Temple Mount like it is in the Tomb of the Patriarchs, such that there is separation between Jews and Muslims, would this calm the situation?

4) In your opinion, who is primarily to blame for disturbances over the past few months in Jerusalem and the Temple Mount?

4a) Same question, results broken up by sector:

The poll was held by telephone on the 4th and 5th of November. 501 people answered above the age of 18. 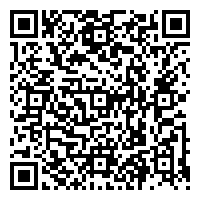