Pope Francis has had a busy day so far in the ancient Old City of Jerusalem.

He began his day on the Temple Mount, in the Al Aqsa Mosque, visiting with the Mufti of Jerusalem and the Waqf Islamic Authority. The pontiff was quoted as telling both, “May we work together for justice and peace.”


Given the violence that has emanated week after week from that quarter towards Christians and Jews alike, that would seem to be a tall order. There is no information about the response of the Arab officials to the Pope’s comments at the mosque. On the first leg of his journey to the Holy Land, yesterday, he made an unscheduled stop at the separation barrier that was built by Israel to prevent suicide bombers from infiltrating and murdering citizens in areas of the country that were under the government’s control prior to 1967.

The Pope was then led to Judaism’s holiest site for prayer by Western Wall Rabbi Shmuel Rabinovitch. The Kotel (Western Wall) had been cleared of visitors for security reasons earlier by police. The pontiff bowed his head in prayer with his hand on the ancient stones. He followed those silent moments of communion with the Creator by placing a note in the Wall — an ancient tradition observed by nearly everyone who comes to the Wall — and embraced close Jewish and Muslim friends with him.

Francis met with Prime Minister Binyamin Netanyahu and President Shimon Peres and made a quick visit to the Mt. Herzl cemetery where he laid a wreath at the tomb of the ‘father of Zionism,’ Theodore Herzl. He then visited the Yad Vashem Holocaust Memorial Center in a moving ceremony where he laid a wreath in the Hall of Remembrance and greeted six Holocaust survivors. There the pontiff questioned the role of G-d in the slaughter of the millions of victims murdered by the Nazis.

“The Father knew the risk of freedom, he knew that His children could be lost, yet perhaps not even the Father could imagine so great a fall, so profound an abyss,” he reflected. Having lit the memorial light in the center just minutes before, he compared the Nazi Holocaust to idolatry, and standing before Prime Minister Binyamin Netanyahu, President Shimon Peres and former Chief Rabbi Yisrael Meir Lau, himself a survivor, lashed out against the murderers.

“Who convinced you that you were G-d? Not only did you torture and kill your brothers and sisters, but you sacrificed them to yourself, because you made yourself a god. Today, in this place, we hear once more the voice of G-d: ‘Adam, where are you?’ Hear “L-rd and have mercy,” Francis prayed. “We have sinned against You. You reign for ever.”

The Pope also received from Yad Vashem chairman Avner Shalev a reproduction of a painting of a Chossid engrossed in prayer created in the Lodz ghetto by a teenage victim of the Holocaust.

He is expected to celebrate Mass at the Cenacle, the upper room in the complex where some believe the tomb of the Biblical King David is located – and where Christians believe the Last Supper took place, sometime before leaving to return to the Vatican in the afternoon hours.

There have been protests against the Pope’s visit to various sites in the Old City of Jerusalem by both Muslim and Jewish groups, both saying the leader of the worldwide Roman Catholic Church is intent on defiling their respective holy places of worship. 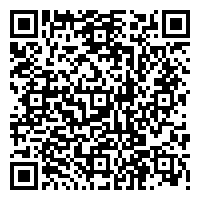