“A gunman stopped at the checkpoint near Hizma, exited his vehicle and shot forces on site,” said the IDF in a statement. “The forces responded, shooting the attacker, resulting in his death. Two were wounded, an IDF soldier and a bystander, who received emergency medical treatment.”


Magen David Adom paramedics on the scene treated the 47-year-old civilian and the 20-year-old soldier before evacuating them to a Jerusalem hospital.

The soldier sustained gunshot wounds to his upper body. Both he and the civilian victim are listed in fair condition.

Hizme is located at the northern entrance to Jerusalem, close to the Pisgat Ze’ev and Neve Ya’akov neighborhoods. Security personnel there have foiled numerous terror attacks.

Last year an Arab driver was caught with five multi-launchers for fireworks hidden in his car as he tried to pass through the Hizme checkpoint.

The launchers were used as a weapon of choice for Jerusalem Arabs during riots that followed Operation Protective Edge in 2014. 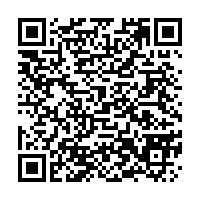