The youths are also suspected of “carrying out terrorist attacks,” according to the statement by the Shin Bet, which said the arrests came “in the context of concrete suspicions.”


No other details were released due to a firm gag order on the investigation, which also involves the Israel Police and state prosecutors.

The allegations are being investigated in connection with July’s deadly arson attack of the Dawabsheh family home in the Palestinian Authority village of Duma.

The mother, father and baby son all died of wounds sustained in the inferno; the only survivor was the family’s four-year-old son.

Defense Minister Moshe Ya’alon told reporters at the Defense Ministry in Tel Aviv that those responsible for their deaths were more dangerous than the typical “price tag” activists.

“Their aim is to cause a flare-up in the security situation on the ground. We have decided that administration detention and a ban order (keeping the detainee from Judea and Samaria) are the steps we need to take so that there will be no more terrorist attacks.”

Ya’alon added, “We believe we know who carried out the attacks.” 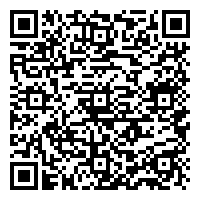