Ariel Gold, from the group Code Pink on Saturday stormed the stage of an Airbnb event in Los Angeles with celebrity investor Ashton Kutcher and company CEO Brian Chesky, to roll open a banner saying “Airbnb out of Settlements,” Page Six reported.

Airbnb is a peer-to-peer online marketplace and homestay network that enables people to list or rent short-term lodging in residential properties. It has more than 2,000,000 listings in 34,000 cities and 191 countries. Code Pink, which is associated with a group called The Stolen Homes Coalition, which describes itself as “women-initiated grassroots peace and social justice movement.”

Kutcher, known for his roles in the TV series “Two and a Half Men” and movies such as “What Happens in Vegas,” was an early investor in Airbnb. He told the protester that she did not have the stage, adding: “We all can belong in a world together without borders. I can appreciate that this doesn’t happen seamlessly. I can appreciate that it does not happen easily. I can appreciate that where there is change, there will be a fringe case that feels objectified. But this company is about bringing people together.”

Inte3restingly, out of a list of Airbnb destination that includes countries where women are treated as second class citizens, if not worse, such as Saudi Arabia, Iran, and Libya, to name only three, Gold and her women-initiated grassroots peace and social justice movement focused on Israeli Jews for spreading peace and social justice. 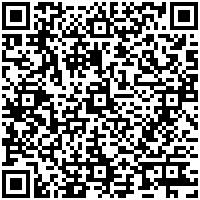