The Population and Immigration Authority on Sunday barred a Jewish American woman from entering Israel when she was recognized as a BDS activist. The woman, Ariel Gold, in her 40s, is a member of the Code Pink group, which is dedicated to promoting boycotts against the Jewish State.

During her stay in Israel as a tourist a few months ago, Gold made headlines when she carried signs supporting the BDS, one of which read: “American Jews Support BDS.” When she left the country, she was handed a letter informing her that she must coordinate her next visit to Israel in advance with the authorities. Recently, Gold contacted Israeli’s immigration authorities and said she was planning to enroll in Jewish studies at the Hebrew University of Jerusalem.


After landing Sunday afternoon at Ben-Gurion Airport, Gold was taken for questioning, following which Minister of Public Security, Strategic Affairs and Minister of Information Gilad Erdan (Likud) recommended banning her entry into Israel.

Erdan then tweeted: “Tonight we prevented extremist boycott activist Ariel Gold from entering the country. The policy I have set is clear: whoever promotes boycotting Israel and comes here to cause harm – will not enter the country. The rules have changed, and the State of Israel will not restrain itself against those who try to harm her.” 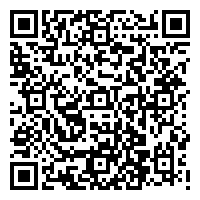