A house was hit in Sderot Monday morning in a Qassam rocket barrage by Hamas terrorists. Four Sderot residents were treated for shock and anxiety.

The explosion ignited a fire in the yard of the home, where three girls who were home at the time were hiding in a ‘safe room’ inside the house and remained unharmed as a result. Firefighters raced to the scene to extinguish the blaze, preventing the fire from spreading to other homes.


A heavy rocket barrage was fired at the entire Gaza Belt area, including Sderot and the Sha’ar HaNegev Regional Council district over a two-hour period from 8am to 10am.

The barrage may have been launched to cover two terrorist cells battling IDF soldiers after emerging from two tunnels between kibbutzim located on the Gaza border. All the terrorists were eliminated by the Israeli forces.

Defense Minister Moshe Ya’alon told journalists Monday morning that “if necessary, we will call up more reservists to deal with the issue of the tunnels.” 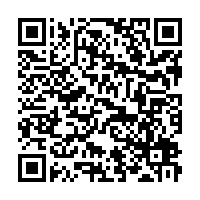