Israel’s ‘strongest supporter’ is already wavering. Doubts about the wisdom of continuing Operation Protective Edge are being expressed from the White House as soon as the IDF struck a decisive blow in a Gaza neighborhood where Hamas terrorists stored some of their most deadly missiles. The ordnance was, of course, stashed under civilian buildings — a mosque, a hospital, a children’s playround, and more.

For three days the IDF dropped flyers, called homes and sent SMS text messages warning residents to leave the area so they would not be harmed when the attack began. Hamas pressured its people not to. Some had the sense to flee the area, and others chose to remain as human shields. The brutal, bloody firefight in Seijaiya cost a lot of lives on both sides and panicked leaders around the world — including officials in the White House.


In his second call to Prime Minister Binyamin Netanyahu since Friday, U.S. President Barack Obama expressed “serious concern about the growing number of casualties” in Gaza.

Israel’s prime minister was also notified during the call that Obama was sending Secretary of State John Kerry back to the region. Kerry was boarding a plane to head for Cairo, where he would pressure Israel and Hamas to negotiate another cease fire.

According to a statement issued by the White House, the move was aimed at helping ‘protect civilians in both Gaza and Israel.’ United Nations Secretary-General Ban Ki-moon, meanwhile, has called on Israel to “exercise maximum restraint and do far more to protect civilians” without specifying exactly how the IDF should accomplish that task. He also called on Hamas to end its rocket fire from Gaza.

The IDF drops flyers warning civilians in every target neighborhood prior to an attack, calls homes and sends SMS text messages asking residents to leave the area hours and sometimes days before carrying out operations – all of which puts its own forces in danger and of course alerts the enemy to its plans. Not one armed force of any other nation in the world does the same. 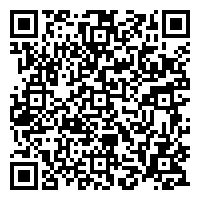