It may not be often that tabloids come across historical photos and films, but it seems that The Sun has done just that with its release of a chilling, 17 second film of England’s Queen Elizabeth, the Queen Mother, Princess Margaret and Edward VIII, giving the camera the Nazi salute.

The Sun insists its aim was not to insult a sitting monarch, since the girl who would become Elizabeth II is only six or seven years old in the footage, and is merely imitating what Edward, then the Prince of Wales, was teaching her to do, but it raises the specter of the Windsor family’s haunted past, particularly Edward’s Nazi sympathies.


The grainy film was shot in 1933 or 1934, when Hitler had risen to power, and had been stored in an archive for decades. Buckingham Palace reacted with a dismayed public statement over the release of the clip, which they consider exploitative. They also raised questions as to how the film clip got into the hands of The Sun, since it was in the archives and was the property of the royals.

Stig Abell, managing editor of The Sun, defended his decision to print the film, telling the BBC, “I think the justification is relatively evident–it’s a matter of national, historical significance to explore what is going on in the 30s ahead of the Second World War. We’re very clear we’re not, of course, suggesting anything improper on the part of the Queen.”

The film the Sun used was a copy, according to the Sun, and the original remains locked in the palace archives.

King George VI and his wife, Elizabeth Bowes-Lyon (later to be known as The Queen Mother), raised the morale of Britons during the Nazi air raids on London, and so it is unlikely viewers would come away with the suspicion that the future queen harbored Nazi sympathies. Hitler’s rise to power was meteoric, and the characteristic hand salute might have been seen as something “trendy,” without the suspicion of the destruction and genocide the Nazis would perpetrate. Also apparent in the film is that the motivation for the salute is coming from the Prince of Wales, who would become King Edward VIII for less than a year, in 1936.

Prince Edward is seen with his sister-in-law the Queen Mother and her children playing with corgies on the grounds of Blamoral. Prince Edward lifts his arm in a Nazi salute, then the Queen Mother follows, and finally, Elizabeth. The others repeat the gesture, with 3 year old Margaret briefly lifting her arm in a semi-salute.

Dr. Karina Urbach, Senior Research Fellow at the University of London Institute of Historical Research, said that, given Prince Edward’s well-documented Nazi sympathies, it appears in the film he is quite intentionally teaching the children the Nazi salute.

Juliet Gardner, another Research Fellow at the Institute of Historical Research said, “It’s an insight into British attitudes at that time in 1933, long before anyone realized Hitler’s designs on Europe. It is absolutely right that the public sees it.”

The Star also rattled the Nazi skeleton in Windsor family closet a decade ago, when it published a photo of a 20-year old Prince Harry, third in line for the British throne, wearing a desert Nazi uniform and a swastika armband, at a friend’s birthday party. The theme of the party was colonialism, and Harry’s brother William made the much more diplomatic choice of dressing up like a lion.

Jewish groups were incensed, particularly given the proximity of the event to the 60th commemoration ceremony of the liberation of Auschwitz.

A spokesman for the Board of Deputies of British Jews said at the time, “It’s no joke to dress up as a Nazi, especially as we come up to the 60th anniversary of the liberation of Auschwitz. It is important that everyone remembers the evil the Nazis were responsible for.”

Jewish and veterans’ groups accepted Harry’s apology–he expressed regret for causing offense and said “it was a poor choice of costume,” but then Tory leader Michael Howard said Prince Harry should have offered the apology in person.

Edward VIII’s Nazi sympathies were hardly a secret, although this new clip is the first photograph of him giving a Nazi salute; it was known he saluted Hitler when the two met, in 1937.

Edward was the son of King George V and Queen Mary, and his father despaired of his son’s dissolute and irresponsible ways. Prince Edward was known for being a womanizer, and his disinclination to conform to the royal rules was the reason he abdicated in 1936, after which he became the Duke of Windsor. During his short reign, he caused a constitutional crisis by marrying the twice divorced American Wallis Simpson. The marriage conflicted with his role as titular head of the Church of England, because, at the time, the church forbade remarriage of a divorced person whose ex spouse was still alive.

Less than a year after his abdication, the Duke of Windsor and the Duchess met with Adolph Hitler. It was believed that the Duke was favoring fascism over Communism and might even seek an alliance with a Germany to pursue Russia. It is believed that Hitler wanted to reinstate the Duke of Windsor as king and Albert Speer quoted Hitler as saying the abdication made things harder for the Nazis: “I am certain through him, permanent, friendly relations could have been achieved. If he had stayed, everything would have been different. His abdication was a severe loss for us.”

The Duke and Duchess of Windsor traveled throughout Europe until 1940, when Prime Minister Winston Churchill was notified that the Duke was possibly involved in Nazi intelligence and might have been giving away military secrets.

Churchill threatened the Duke with a court martial if he failed to return to Britain, and later made him governor of the Bahamas. Serving in that capacity, Edward despaired of having to deal with “negros” who “seem unable to rise to prominence without losing their equilibrium.”

He blamed labor unrest on “mischief makers–communists–men of Central European Jewish descent who had secured jobs on a pretext of obtaining deferment of draft.”

Even as late as 1941, Edward said, “Hitler is the right and logical leader of the German People,” although he later claimed he had been misquoted.

According to the Daily Mail, Edward did say that “Hitler was not such a bad chap.” 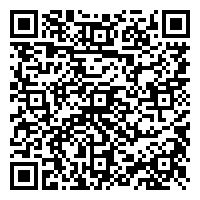