The monarch of Jewish music, R’ Ben Zion Shenkar was the treasure of the Modzitz Chassidus, the composer of more than a thousand songs known and loved and sung by Jews every Sabbath for decades.


Born in 1925 to parents who immigrated to the United States from a town near Lublin to settle in the Williamsburg section of Brooklyn, R’ Ben Zion began his career as a teenager in 1941. It began when the young teen was humming Chasidische niggunim written in a book. He was noticed by the Modzitzer Rebbe, the Imrei Shaul, who immediately hired him to be his musical secretary and transcriber.

“Eishes Chayil,” sung by three generations of men to their brides, was first brought to the world by R’ Ben Zion Shenkar in 1953. A little over a decade later, “Yasis Alayich” became the song of choice to grace every Jewish wedding in the world.

Just a few months ago, 92-year-old Reb Ben Zion Shenker released another album. Who knew it would be his last gift to our world? 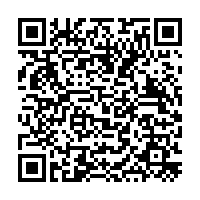