There may be more than one reason for the stance of New York-based Anti-Defamation League (ADL) National Director Jonathan Greenblatt against former Breitbart News CEO Stephen Bannon than just his deep concern about possible anti-Semitism on behalf of the organization he now leads, according to critics.

The ADL condemned President-elect Donald Trump’s appointment of Steve Bannon as senior adviser and chief strategist in the White House last Tuesday. Greenblatt wrote in a statement that was quoted by The Washington Post, “It is a sad day when a man who presided over the premier website of the ‘alt-right’ — a loose-knit group of white nationalists and unabashed anti-Semites and racists — is slated to be a senior staff member in the ‘people’s house.’”


Greenblatt later walked back his statement, adding a qualifier that Bannon had not actually been found to have made any anti-Semitic statements “himself.”

But looking at Greenblatt’s resume, Aaron Klein of Breitbart discovered that the issue may be more one of politics rather than principle.

Greenblatt served as Director of the Impact Economy Initiative project at the Aspen Institute, which has been funded by George Soros through his Open Society Institute to the tune of a total of more than half a million dollars.

According to an article in the New Yorker quoted by Breitbart News, a ‘clandestine summit meeting’ held in August 2004 at Aspen by a group of Democrats included Soros and four other billionaires. The group all agreed to use their money to “engineer the defeat of President George W. Bush in the 2004 election.”

It was after that meeting and the defeat of John Kerry in that election that Soros founded the Democracy Alliance, or “DA.” Last week, Soros held a similar three-day meeting in Washington DC (Nov. 13-16) to strategize “resistance” against President-elect Trump in the first 100 days of his nascent administration. The closed door huddle was held at the tony Mandarin Oriental hotel under the auspices of the DA donor club founded by Soros.

Among the participants were House Democratic leader Nancy Pelosi, Senator Elizabeth Warren, and Congressional Progressive Caucus co-chair Keith Ellison, a Muslim lawmaker hand-picked by Senate Minority Leader Charles Schumer to become Pelosi’s successor. Soros, who only attends meetings occasionally, himself appeared at the conference to speak on Tuesday morning. The meeting was held to build plans for full-fledged warfare against the new administration, using the generous funds provided by the “DA” — the Democracy Alliance.

Greenblatt followed up his tenure with the Soros-funded Aspen Institute, with employment under the Obama administration, where he served as head of the Office of Social Innovation and Civic Participation. That position just preceded his joining the Anti-Defamation League.

His CV reflects business experience, and some time in the nonprofit world as well, as the founder of the “All for Good” internet platform that linked volunteers with groups needing help. Greenblatt also lectured at UCLA, teaching social entrepreneurship, according to The Forward.

But it seems his experience in dealing with anti-Semitism and the alt-right was limited to jobs at the other end of the political spectrum.

Meanwhile, despite having walked back his original full-blast condemnation of Bannon, a long article entitled “Stephen Bannon: Five Things to Know” remains on the ADL blog, castigating the president-elect’s new chief strategist.

“Bannon has embraced the alt-right, a loose network of white nationalists and anti-Semites,” the subtitle proclaims.

After a long harangue about Bannon’s alleged numerous conservative sins, the article ends with a section headed by: “We are not aware of any anti-Semitic statements from Bannon.” Even here, however, the ADL manages to end the section with a paragraph insisting that Bannon has “essentially has established himself as the chief curator for the alt right.”

This is not to say that the ADL is not serving an important function in the world. It is. Anti-Semitism is indeed, sadly, frighteningly, alive and well in the United States and around the world. The ADL monitors that phenomenon and keeps tabs on what’s happening. In fact, anti-Semitism was alive and happening long before Donald Trump came on the political scene, a fact that has been faithfully documented by the ADL. But from 2014 to 2015, it rose by one percent, from nine to ten percent of those surveyed in the United States.

The ADL’s Global 100 survey on Anti-Semitic Attitudes states that in 2015, there were an estimated 24 million individuals in the United States harboring anti-Semitic attitudes.

To some it would appear that Greenblatt, the Soros crowd and numerous others would like to use that fact to insist that this is due to the appearance of Donald Trump and his unwillingness to spend his time scolding the alt-right, the neo-Nazis, the KKK, the white Supremacists, and all the other scum of the earth that have crawled out from beneath the rocks during this most scurrilous of campaigns in modern history.

Democratic presidential candidate Hillary Clinton didn’t do much of that either, for that matter, but few noticed or mentioned that lapse, and few reprimanded her for calling Trump supporters “deplorables.” Nor was she taken to task when she declined to scold her “popular majority” after they took to the streets to protest the election results, some peacefully and others with violence, creating mayhem all around.

Incumbent Democratic President Barack Obama himself has declined to rein in the “protesters,” telling reporters overseas that he “wouldn’t advise them to be silent” because “that’s not how a democracy works.”

The ADL’s attacks on Steve Bannon are harming the ADL’s credibility, and that is a shame when it has important work to do in the fight against real anti-Semites. 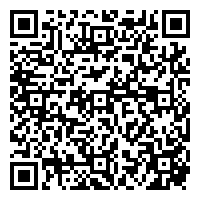