The modern Orthodox Shira Hadasha synagogue in Melbourne, Australia has appointed its first female rabbi for a special five-week stint.

Rabbi Lila Kagedan, a graduate of the Maharat ordination program established in 2009 by Rabbi Avi Weiss in New York, is to join the congregation beginning in May 2016.


She will lead shiurim (classes), contribute to educational and community events and present at Limmud Oz in Melbourne from June 25-27.

Kagedan has been appointed at the shul as a Rabbi in Residence, the first female graduate ordained as a “Maharat” to work with a Jewish community in Australia, according to the Australia Jewish News.

“We are thrilled that Rabbi Kagedan will be part of this ongoing growth of development,” Shira Hadasha president Mandi Katz told the website.

Katz said the congregation has become a natural spiritual home for those seeks deeply traditional services with an expansion of the woman’s role in modern Orthodox Judaism.

Rabbi Lila Kagedan Kagedan is a veteran educator in the fields of bioethics, Jewish studies and medicine and Jewish law, as well as a lecturer on topics relating to women and Jewish practice. She is also a part-time spiritual leader at the modern Orthodox Mount Freedom Jewish Center in New Jersey.

She has consulted for a number of NGOs, health care centers and academic institutions while working in clinical environments.

Kagedan is an instructor of bioethics at Touro College and collaborates with the New York Medical College. She is the founder of the Sulam School and holds degrees and certificates from Midreshet Lindenbaum, The Hebrew University of Jerusalem, The University of Toronto, Harvard University, The Medstar Washington Hospital Center and Massachusetts General Hospital. 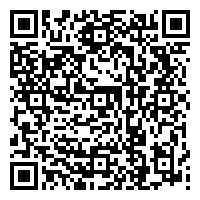