The Jerusalem District Court on Tuesday ruled that Malka Leifer is fit to stand trial in Melbourne, Australia, in the Adass Israel School sex abuse scandal, and proceedings to extradite her to Australia will take place July 20.

Victoria Police have laid 74 charges against Leifer, who used to be the Adass Israel school principal, concerning her conduct from 2003 to 2008. At least eight victims have come forward in an investigation that is still ongoing. Leifer has a dual citizenship – Israeli and Australian, which enabled her to flee to Israel before she was served with a warrant. She has been living in Israel since 2008 pending the resolution of her extradition case.


Extradition proceedings against her were terminated after a district psychiatrist determined she was unfit to stand trial. The Prosecutor’s Office offered evidence that Leifer was an impostor, so the court appointed a team of experts to determine the extent of her competence to stand trial. Judge Chana Miriam Lomp accepted the team’s opinion and Leifer’s extradition proceedings to Australia will be resumed.

Dassi Erlich, one of the alleged victims, and her sisters, Nicole Meyer Ellie Sapper, said on Tuesday: “We’ve been waiting for this for six years. We can’t believe this day has come.”

Ehrlich added that they expect proceedings against former Health Minister Ya’acov Litzman (United Torah Judaism) to continue: “If he exploited his status and power to intervene in the case to make sure justice is not done, he should be charged. We’re hoping the police continue to investigate.”

According to the court’s ruling, Leifer pretended to suffer from faulty judgement and functioning, and is, in fact, fit to stand trial. “I have been convinced that the respondent understands the charges she will face in Australia and also understands the nature of the extradition process,” the judge wrote.

Last February, President Reuven Rivlin met in Canberra with Australian Prime Minister Scott Morrison and discussed with him the issue of Malka Leifer’s extradition to Australia. Rivlin made it clear that the State of Israel would not allow anyone to use its institutions to escape the law, and delivered to Morrison a report on the matter. Rivlin said he understood the hard feelings of the Australian authorities as well as the local Jewish community, and that he intended to share them with the legal authorities in Israel.

Eliran Malki, Chairman of Matzof – public repository and pedophiles monitoring – said after the decision that it was “a significant step. The injustice to her victims, young girls in Melbourne, that lasted for more than six years, was outrageous.”

Australian Attorney-General Christian Porter said: “Whilst today’s decision can be appealed, it is a positive sign and means that formal extradition proceedings can now lawfully commence, subject to any orders relevant to any possible appeal.” 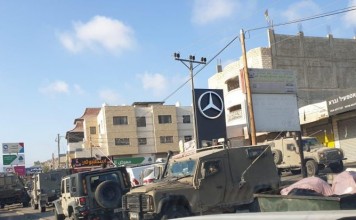 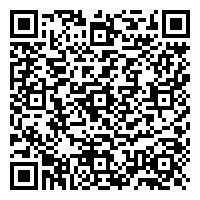