A group of Israeli rabbis named ‘Derech Emuna’ (Path of Faith) has approached local Muslim spiritual leaders in Judea, Samaria and the Galilee demanding an end to Arab incitement against Israelis.

In a letter addressed to “Muslim religious figures in Judea, Samaria and Gaza – Cadis, Sheikhs, Imams and heads of the school”, including the heads of Bir Zeit University, Hamas leaders as well as Arab Knesset members Hanin Zoabi and Ibrahim Tsarsur, the rabbis demanding a halt to their incitement to murder and Jew-hatred, warning that their actions have consequences.


“You have all heard of the kidnapping of the three Yeshiva students in Gush Etzion,” the letter said. “As Muslim religious leaders, your power to influence the local public is immense. Any honest individual knows that the incitement in the mosques on Fridays and the school curriculums are full of hatred of Jews. These are directly responsible for the spilling of our children’s blood. Our children’s blood is dripping from many of your hands.”

Furthermore, the letter – written in Arabic – states that the rabbis are turning to them “in the name of the Torah of Israel.”

“It is of significance for us to clarify – the Jewish Nation has returned to the Land of Israel by Divine decree, after 2,000 years of exile. We are here to stay, and we will not leave our land, even if it exacts from us a heavy price. Hardship will not deter us. We are set here for all eternity. We have returned home. There is no force that can oppose the Zionist movement, which is led by God himself.”

The rabbis then challenged the religious leaders to forge a new path: “We invite you to partake in this movement, to change your ways and to stop fighting against God and his nation Israel, to stop inciting in the mosques and stop educating for the hatred of Jews.”

Lastly, the rabbis warned that there would be consequences if the Muslim incitement does not stop. ”If you continue to incite against us ant try to oust us from the land, know that God will avenge us and will punish first the religious leaders and educators. Each of you will be accountable. We call on you in the name of God – repent, stop the incitement, cease the evil,” they wrote

One of the letter’s authors, Rabbi Baruch Efrati, a resident of Efrat in Gush Etzion, told Tazpit News Agency that there were three reasons the rabbis sent the letter. “First, the truth should be stated, even if it has no affect. Second, it is important for us that the Muslim leadership understands that our motivation is faith, not a sentimental connection to the land. Finally, we wish to strengthen the Israeli public by this statement. I believe it sets the proper venue of thought, “said Rabbi Efrati. 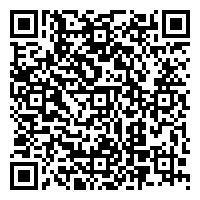