Reactions to the letter by Republican senators to Iran that a deal on its nuclear deal could require Congressional approval have exposed the Obama administration as possibly being involved in international moves to make an agreement binding through the United Nations.

The United States and other world powers have been secretly talking about going to the U.N. Security Council to lift U.N. sanctions if the P5+1 powers strike a deal with Iran over its nuclear program.


The possibility of a Security Council resolution being considered legally binding would make the Obama administration’s statement to the contrary look ridiculous.

The open letter to Iran from the senators underlined what U.S. Secretary of State John Kerry and told Congress – that a deal would not be binding on future presidents.

“If there’s a nuclear deal, and that’s still a big ‘if’, we’ll want to move quickly on the U.N. sanctions issue,” an unnamed official told Reuters.

“There is an interesting question about whether, if the Security Council endorses the deal, that stops Congress undermining the deal,” the news agency quoted a Western diplomat as saying.

Iran was quick to pick up the thread,

Supreme leader Ayatollah Seyed Ali Khamenei, who apparently is far from critically ill or and certainly not dead, as reported last week, scoffed at the threat in the letter that Congress could alter any possible nuclear deal between the US administration and Iran. He said:

According to international norms, governments are bound to their commitments and those rules cannot be breached with the change of governments.

Foreign Minister Mohammad Javad Zarif, who is also the country’s top negotiator in talks with powers, mocked the United States for acting as if it is equal to the world and stated:

I should bring one important point to the attention of the authors and that is, the world is not the United States, and the conduct of inter-state relations is governed by international law, and not by US domestic law…..

I wish to enlighten the authors that if the next administration revokes any agreement with ‘the stroke of a pen,’ as they boast, it will have simply committed a blatant violation of international law….

Congress may not ‘modify the terms of the agreement at any time’ as they claim, and if Congress adopts any measure to impede its implementation, it will have committed a material breach of the US obligations.

Omri Ceren, press director for The Israel Project, stated, “The letter forced the administration to explain why they’re icing Congress out of Iran negotiations, and now that explanation has ignited a firestorm.

“The administration looks like it intentionally chose a weaker, non-binding arrangement, rather than a treaty, to avoid Senate oversight.” 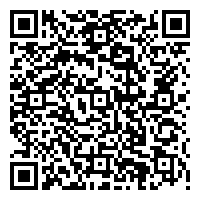