The IDF and Shabak arrested the Arab ambulance driver who can be seen blocking the road, in the video of yesterday’s lynch in Huwara.

The ambulance was also impounded.

In the video, it appears that the Red Crescent driver intentionally parked the ambulance during the lynch in a way to prevent the Israeli driver from being able to escape the terror attack against him.

At least one stone thrower has been arrested too.

One Arab terrorist was killed, when the endangered Israeli opened fire at his attackers. 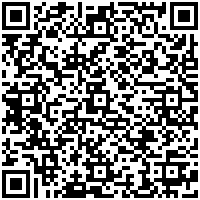