The suspect, Muhammad Rajabi, 18 from Jerusalem, documented and uploaded to the TikTok social media a clip of the attack in which another Arab walks over to an ultra-Orthodox 14-year-old boy sitting on the train and violently slaps him in the face for no apparent reason, and then flees. The clip is accompanied by music.


The police have yet to arrest the Arab who actually assaulted the Jewish man.

Other similar anti-Semitic attacks that were recorded and uploaded to social media occurred over the weekend in Jerusalem. In one such clip, an ultra-Orthodox Jew is seen being attacked by dozens of stone-throwing Arabs at the Damascus Gate area at the entrance to Jerusalem’s Old City.

This new violent anti-Semitic violent trend is developing in tandem with the Muslim month of Ramadan. 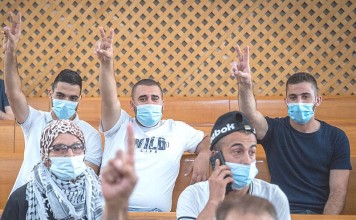